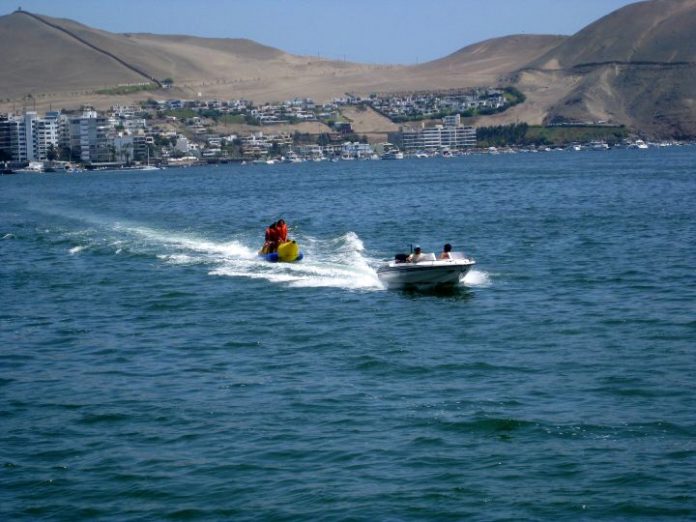 This month, our Blog Spotlight is going all the way to the beginning – not only is our featured district the first alphabetically among Lima’s 43 districts, it’s also the northernmost district in the Lima metropolitan area. Ancón means “cove”, and the area was first founded as a fishing village nearly 4000 years ago by the indigenous civilization of the Ancon-Supe, one of the oldest known coastal tribes. During the Spanish colonization, the area was known as the “Town of the Lancón Fishermen”. It’s known as a pleasant beach with peaceful waters that are appealing to those who love adventure sports and sailing.

Around the turn of the 20th century, Ancón was an upscale beach resort. Its dry climate was considered healthy for those with pulmonary or bronchial afflictions. The Lima wealthy would travel by train from Desamparados in the city center, a trip that took about an hour and a half. Today, the Ancon Yacht Club is considered the highlight of the district. The waterfront has a blend of homes built in the 19th and early 20th centuries, and until the 70s was considered one of the most exclusive parts of Lima, a position that has been lost to the beaches south of Lima over the last few decades. However, the Bay of Ancon is currently being remodeled and is working to attract the wealthy Limenos back to the area.

Ancon is also very significant historically.  The bay was used as a natural port on various occasions in Peru’s history, one of those occasions being during the War of the Pacific with Chile. The historic treaty that ended the war on October 20, 1883 was signed in Ancon. This historical background, added to the multiculturalism of Ancon’s population today, has given rise to disputes from groups that want to protect the ecology of the bay with those who feel there is a need to create more investment and growth, as was seen when the St. Sophia Ports Company voiced their intention to build a port terminal.

The Museum of Ancon exhibits ceramic pieces, textiles and mummies found during the last century of excavations at several archaeological sites located in the area. It also has dioramas and computer graphics which illustrate the lifestyle of the ancient inhabitants of Ancon.

The Islas of Ancon are located off Punta Mulatos, located at the southern end of the Bay of Ancon. This arc of islands and promontories are the habitat of a number of seabirds, some of which live there year round and others which are migratory. They are also home to a colony of about 50 sea lions. The best time to visit the islands is during the months from September to March, when the migrating birds are fishing in the vicinity of the islands. They are said to put on quite a show as they dive for their food.

Inca Trail Trek: Easy on the Knees and Ambrosia for the...