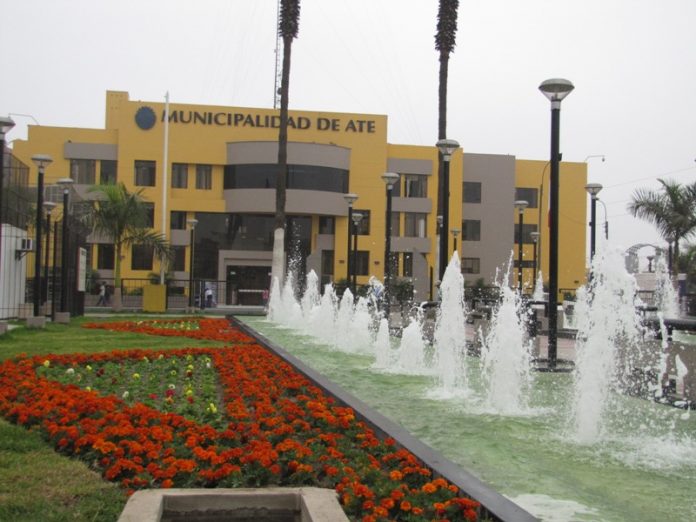 This month we’re continuing our journey among the 43 districts of the province of Lima with the district of Ate, sometimes called Ate-Vitarte. Ate is a mostly residential district that is home to many middle and lower class families; the 2004 census puts the population at 571,675 residents. It’s one of the oldest districts in Lima, founded on August 4, 1821. The district is fairly large with an area of 77.72 km2, and is located along the banks of the Rimac River. The district is bordered by the districts of Lurigancho to the north; Santa Anita, Chaclacayo and Cieneguilla to the east; Surco and La Molina to the south; and San Borja and San Luis to the west.

The climate for most of Ate is very similar to the rest of Lima – constant high humidity, cloudy winters and very low rainfall. While temperatures are moderate – maximum of 32C in the summer and low of 15.5C in the winter – it can feel much hotter or cooler due to the high humidity. However, the area called Chaupiyunga, situated to the East of Vitarte is a much dryer and warmer ecosystem.

While Ate-Vitarte is mainly residential, there are some smaller areas, mostly to the extreme east, that are used for agriculture and mining. The district was created by Gen. Jose de San Martin in the Act of August 4, 1821 which also created the province of Lima and the districts of Ancon, Carabayllo, Chorillos and Lima. There are ruins in the district, proving that it was inhabited by earlier cultures. One of the best preserved sites is the Puruchuco (feathered hat) archeological site. The site includes a museum.

When migration from the provinces began to be heavy in the 1980s, Ate-Vitarte was one of the principal locations where the new arrivals settled. This resulted in an increase of urban and residential areas, causing a loss of agricultural lands.

Some sites of interest in the district:

Puruchuco Archeological Site: Pre-Columbia building dating from the second century. One of the most representative pre-Hispanic remains of the area.

Estadio Monumental: This stadium is home to the football team Universitario de Deportes, one of Lima’s major clubs. The stadium opened in 2002 with a capacity of 80,000+ spectators.

Did Incas Sail to Norway?