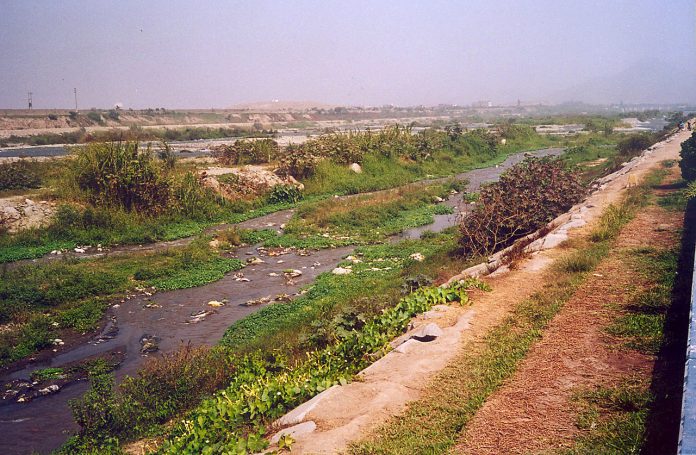 The Peruvian district of Chaclacayo is one of the 43 districts of the Lima Province, located in Lima. It’s situated in the Rimac River valley, to the east of what is considered Municipal Lima at Km. 27 of the Carretera Central (Central Highway). Because of its distance to from the ocean and the peculiarities of its situation in the valley, the climate of the district is quite distinct from that in the city. While winters in Lima are generally cool and damp, Chaclacayo tends to stay sunny and warm. The sunny clime, plus the many resort camping areas and restaurants in the area make it a favorite weekend getaway for many city dwellers.

The name of the district comes from the Aymara language – ‘chajlla’ (reed) and ‘kayo’ (foot) which translates as “foot of the reeds” – because of the reeds that grew on the banks of the Rimac River. During the Spanish Colonial period, the area was settled as a ‘corregimiento,” or township, called Buenamuerte under a councilman who was a representative of the Crown and was responsible for overseeing both civil and criminal justice. Nine estates were founded in the township, which not only grew crops such as cotton and corn, but also raised cattle. Local indigenous persons who were settled in the area also used the reeds that grew on the riverbanks to create handmade mats. After Peru’s independence, the area remained a center of agriculture, with a daily train service that carried fresh produce, eggs, and dairy into the city. The area officially became a district of Lima in 1940.

These days, the district is home of some of Lima’s upper class country clubs, but it also has a number of hotels and “centros campestres”, where Limenos can get out of the city and enjoy the country air and sun. Some other sites of interest in the district include:

El Parque Central: The central park, considered one of the most attractive places to visit in the district. A wide variety of events are held in the park throughout the year.

Parish of Our Lady of the Rosary: One of the more prominently Catholic areas of the district. The parish choir “Laudate Deo” is a choral group with over 10 years experience, made ​​up of professional musicians and singers.

Transferring Children to a Peruvian School

The People of Peru