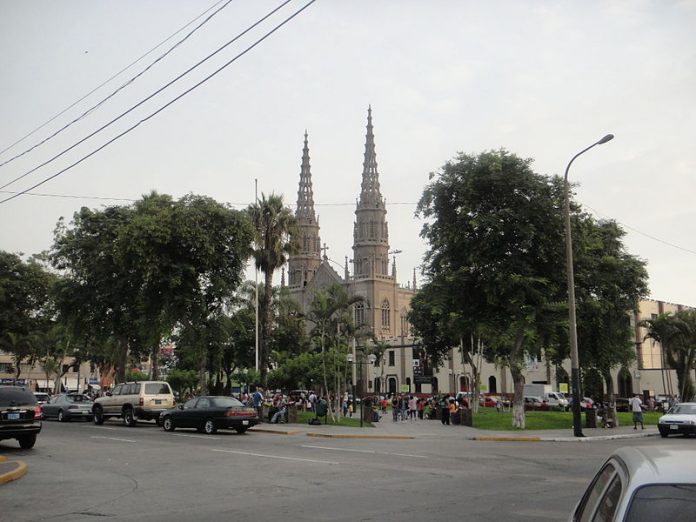 The district of Jesus Maria in the next stop in our tour of the 43 districts that make up the province of Lima, which is found in the department also known as Lima. Jesus Maria is one of the most centrally located districts of the Lima metropolitan area and is just to the north of Magdalena del Mar and San Isidro. It’s a largely residential district with just over 66 thousand inhabitants, and its central location makes it a good choice for those who want easy commutes without having to pay too much rent. In fact, it is usually ranked among the top four districts with the best quality of life. Of course, it is home to lower class neighborhoods as well as upper-middle class neighborhoods, so it’s important to shop carefully if looking for a home or apartment in this district.

In 1930, area residents joined together to form the original neighborhood of Jesus Maria. A little more than a decade later, residents felt that its growth necessitated independent management, so they formed a commission to manage their autonomy. It wasn’t until 1956, however that the congress passed an edict to create the district of Jesus Maria, but the edict was not put into effect until 1963 when President Fenando Belaunde made it official – and the district of Jesus Maria was born.

The district is known for having a large number of “casonas” – the large Colonial period homes. However, in recent years, many of these are being torn down and replaced with departamentos and condominiums. The Jesus Maria city hall is a good example of a casona that has been well preserved.

While the district has always been mostly residential, it does have its commercial zone. In recent years there has been an influx of business into zones that previously had been strictly residential, and you will see home that have been converted into restaurants, bodegas and internet cafes.

Jesus Maria is home to one of Lima’s largest parks, El Campo de Marte. The park is famous for its monument to the Peruvian-Ecuador war of 1942, which was built to celebrate the ability to establish peace between the two countries. The park also holds a monument to the large Japanese immigrant community in Peru. This monument is in the shape of a bridge which symbolizes the cultural connection between Japan and Peru.

Mail and Courier Service in Peru