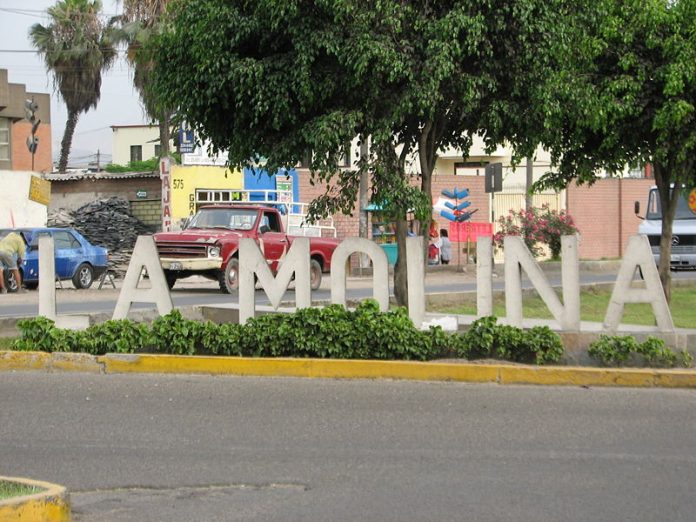 Welcome back to another stop in our trip around Metropolitan Lima’s forty-three districts. This month, we’re making a stop in the district of La Molina. Situated a bit farther from the ocean on the eastern part of the city, La Molina tends to have winters that are warmer and sunnier than many other parts of Lima. The sunnier climate provides an agreeable micro-climate that is one of the reasons why many expats – as well as many Peruvian celebrities and political figures – choose to make La Molina their home.

La Molina is mid-sized district of nearly 66 km2 that sit about 241 meters above sea level. It is bordered by the district of Ate to the north; Villa Maria and San Juan de Miraflores to the south; Cieneguilla and Pachacamac to the east; and Surco on the west. According to the 2005 census, the district is home to 124,468 residents. While the annual median income varies widely, La Molina is home to many upscale neighborhoods like La Planicie, Rinconada, and Las Lagunas.

Along with upper class residential areas, several of Lima’s social clubs are found in La Molina. Expats aren’t the only ones who enjoy the safer and more upper class atmosphere – many Peruvian celebrities and political figures make their home here. The district also houses some of Lima’s best private schools – such as Newton, Roosevelt and Lincoln – and universities, like La Universidad Agraria (Agrarian University) and La Universidad San Ignacio de Loyola. Several modern commercial centers are found in La Molina as well. Finally, a great number of green areas and the adjacent hills give the district a uniquely attractive appearance.

Of course, the district isn’t perfect. The traffic situation is one of the biggest problems. Avenues Javier Prado and Raul Ferrero are the only main thoroughfares connecting the district to the interior of the city and peak traffic hours can be a real nightmare. Crime has also been on the increase in recent years in the middle class areas around the Estadio Monumental (Monumental Stadium), with most problems being due to violence caused by fans attending the games.

That said, La Molina is still considered one of the cleanest and safest places to live in Lima. With beautiful homes, plenty of green areas and abundant sun, La Molina is a great choice for those planning to make Lima their home.

The District of Jesus Maria