Whether you are planning to move to Peru, or you are already living here, the Expat Peru forum is a great place to meet people and to find information. Welcome to our community!

This forum has been closed. Please refer to the first post to find useful links.
Forum rules
While the rules in this forum are more relaxed than in other parts of the Expat site, there are still a few things we’d like you to remember: No name calling, no insults – be civil to each other!
Post Reply
11 posts • Page 1 of 1

You know, that really ticks me off. I spent over 6 months hunkered down in a bunker twiddling my thumbs when I could have been out enjoying life.
Time I'll never get back.
Too bad there isn't someone I could take to court and sue.
Top

Well in the US, for one, law suits are mounting. The US is very close to a presidential election. I have always said, once the current president is re elected, the scamdemic will suddenly disappear in the US. Looks like the W.H.O. might be following suit.
Top

Who's on first.
https://www.youtube.com/watch?v=sShMA85pv8M
Top

69roadrunner wrote:Well in the US, for one, law suits are mounting. The US is very close to a presidential election. I have always said, once the current president is re elected, the scamdemic will suddenly disappear in the US. Looks like the W.H.O. might be following suit.

There is a major international law suit picking up steam against the WHO and all of its accomplices for all the lies, fear mongering, etc, etc durinng this fake pandemic, crimes against humanity, possibly leading up to court trials like the Nuremberg trials against the Nazis.

That's good news!! Make the fear mongers pay and lock them down with masks never to come off.
Top

Launching a suit doesn't imply being in the right. Let´s see who eventually wins the suits, besides the lawyers who will be milking the pandemic for years to come.
---------
Our Spanish Language Course on Video for Beginners
Top

69roadrunner wrote:That's good news!! Make the fear mongers pay and lock them down with masks never to come off.

The data and evidence getting collected grow by the week, beginning with the PCR test, counting with the support of high profile, well renowned epidemiologists, virologists and doctors in medicine from around the world who are courageous and honest enough to not be bought by the industrial pharmaceutical complex. There is even a "Doctors for the truth" movement which has been growing for a while now, from countries like Germany, Netherlands, Spain, Ireland, India, Italy, Austria, England, Argentina, Mexico, Peru and even the U.S. You tube and other social media controlled by the usual suspects have been taking down videos and information that goes against the official big lie: "Cutting off a man's tongue doesn't proof he's a liar, it only proofs that you are afraid of what he may say." The corrupt corporate media has played a major role in propagating this fear mongering throughout by over inflating "the dangers" of this now turned into a "super virus" that won't go away until everybody is vaccinated according to Bill Gates who is not even a doctor. Corporate controlled news are not informing either about the protests against the fake pandemic and tyranny of COVID-19 taking place in England, Ireland, Spain, Argentina and Germany as well as in Denmark and other cities like Prague, etc.

"Dr. Elke De Klerk, the founder of Doctors for Truth in the Netherlands, recently appeared with several other doctors from various nations to announce that they were suing the Netherlands for their actions related to COVID which they say has caused great harm.

I want to state that we do not have a medical pandemic or epidemic. We also state that COVID-19 should not be on list A for any longer, because we now know that it is a normal flu virus.

We are also starting a lawsuit to the State of the Netherlands to bring this in with a large group of doctors and a really large group of nurses also, because we have contact with 87,000 nurses that do not want the vaccine that is being prepared for us.

Medical doctors need to stop looking at those tests. Let’s go back to the clinics and the facts."

alan wrote:Launching a suit doesn't imply being in the right. Let´s see who eventually wins the suits, besides the lawyers who will be milking the pandemic for years to come.

Launching a suit doesn't imply being in the wrong, either.
It's also not about winning, God knows we have lost so much that can never be won back. It is about people finally seeing through the scam and taking positive action. Most people are pissed about this nonsense.
Top

Something no one's been able to explain to me is that if this is all a hoax/scam/conspiracy/whatever by the pharmaceutical industry (which I'm not a fan of) to make bank off of vaccine sales, how is it that all of the other major multi-nationals with their fingers in countless industries are willingly going along by shutting down economies all over the world which negatively impacts their profits? What are the airline, petroleum, restaurant, and tourist industries (and every other industry) gaining by going along with Big Pharma with reduced sales/profits or they're having to shut down and go out of business? Is Big Pharma blackmailing them all to go along, or are they just more powerful than all other industries combined? 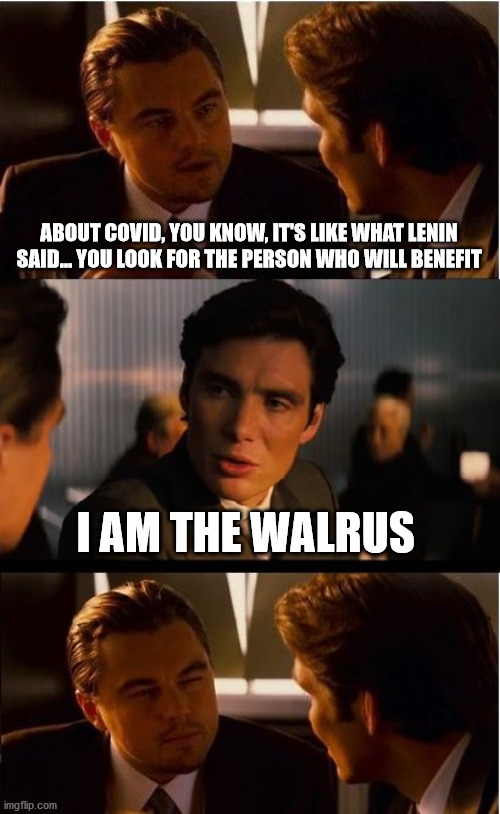 As far as being able to sue someone for lies and fear mongering, most politicians would be in big trouble. One especially comes to mind.

President Trump has made more than 20,000 false or misleading claims

Caravans of immigrants coming to the border, violent protestors coming to destroy suburbs, demonizing Muslims and immigrants, and the biggie that's been used for years to scare people who don't even understand the meaning of the word - Socialism! There was a lockdown in Sweden. Still has one.
Top
Post Reply
11 posts • Page 1 of 1