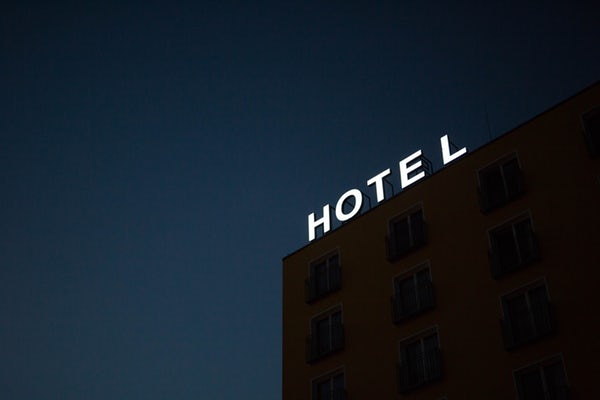 If you are planning a trip to Lima and need to find a hotel in the area, this short article will give you a couple of pointers on what districts to choose, and how to understand the star system.

The star system and quality control

The star rating system for Peruvian hotels is more lax than North America or Europe, but standards do exist and they are a good indication of the quality that you can expect. These standards are regulated by the Peruvian Ministry of Commerce and Tourism and the stars have to do with the staff/guest ratio, the number of services provided, and the size of the rooms and bathrooms. To encourage quality service, all hotels are obliged to keep a Libro de reclamaciones, which is a book where guests can lodge a complaint. Hotel owners take this complaint book seriously. It is an official record, and the hotel could be penalize for guest’s complaints that are not answered in a timely manner. So, if you ever receive shoddy service and would like to file a complaint, just ask for the book. They might even solve your complaint on the spot.

What is the difference between a hotel and a hostel in Peru?

Basically, size. Hotels need to have twenty rooms, hostels have fewer. So, in other words, don’t necessarily understand “hotel” as a sign of quality. There are beautiful boutique “hostels” and really crappy “hotels”. Rely on the star system, recommendations, and even prices as a guideline to quality.

What is a “backpackers” hostel?

The so-called “backpacker” hostels often attract younger travelers looking for an inexpensive place to stay for a night or two. They offer private rooms, but unisex or mixed shared rooms are the norm. Likewise, a shared washroom and kitchenette. Some of the larger “backpackers” hostels have a lively pub scene in-house, and some get the reputation of a “party hostel”. In Spanish, “backpackers” are known as “mochileros”, and so these kind of hostels are known as “hostales mochileros”.

Is my hotel stay taxed in Peru?

If you are a foreigner and present a valid passport, you will not be charged a tax. The law says that people with a valid visa and who are in the country less than 60 days are not charged the tax, but in practice, anyone who shows a foreign passport, irrespective of the amount of days spent in the country, have the tax waived.

Where should I stay in Lima?

Before choosing a hotel in Lima, it is important to know that this is a mega city – one of the biggest in Latin America – and it can sometimes take up to two to three hours to get to where you are going, so the closer you are to your planned activities, the better. Most travelers usually stay in one of these four main areas in the city:

If you are just getting to know Lima – and you want a good and safe location as your home base while you explore the city – try the district of Miraflores. This district is centrally connected by several major arteries with the rest of the city, and it’s a fun and convenient place to stay thanks to its shopping stores, gastronomy offer and nightlife. Try to find a hotel close to Avenida Larco or Avenida Pardo, which are two of the main corridors in the district. You’ll pay a little more in Miraflores, but if you value time and comfort over money, it’s a good option for you.

If you are coming to Lima on business, you might consider staying in San Isidro, which boasts the city’s financial center. While there are business centers dotted all over Lima’s most modern neighborhoods, the largest concentration is in San Isidro. Business travelers should also be aware that a great many government offices are located downtown, but still, if you stay in San Isidro, you are midway between downtown and the entertainment of Miraflores mentioned above.

Culture vultures and people looking for inexpensive lodgings might consider staying in downtown Lima, the historical center of the city. The nicest hotel in downtown Lima is the Sheraton – though it has seen better days. Besides the Sheraton, most of the other hotels in the area are in the 1 to 3 star range. Downtown Lima has fantastic sites to visit during daytime. The downside of staying in this area is that most businesses roll up at night, so it gets a little desolate and – depending on where you are staying – it might not be safe. Also, transportation at night can get a little complicated.

The rest of the city

Lima is a sprawling city of 10 million people and there are hotels and hostels in every district. The district of Barranco is becoming very popular among travelers, since it is near the coast and has a great gastronomy and nightlife offer. There is also a good chance that you will want to stay in another district because of work or friendship. If this is the case, find a recommendation from whoever you are visiting.

Careful with Over-the-Counter Meds in Peru