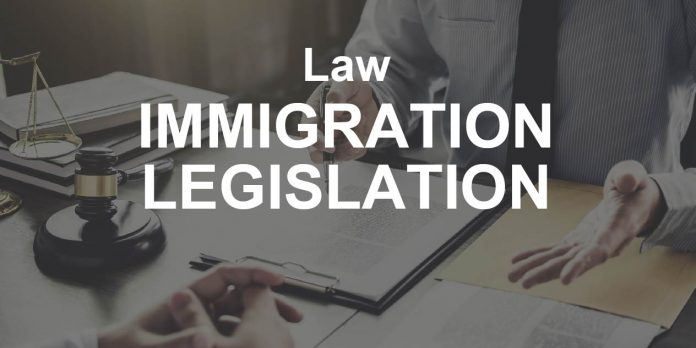 The Peruvian government passed the Immigration Law (Legislative Decree N° 1350) on March the 1st 2017 (hereinafter the “Law”). The rules of procedure (Reglamento), which is another legislative piece which helps interpret and define the scope of the provisions within the law, was later published on March the 27th 2017, by means of Supreme Decree N° 007-2017-IN (hereinafter the “Rules of Procedure”).

However, more than two years after the passage of both the Law and the Rules of Procedure, the Peruvian National Superintendence of Immigration, more commonly known as “MIGRACIONES”, has yet to publish the compilation of administrative procedures (Texto Único de Procedimientos Administrativos), which should explicitly establish the requisites for each visa and procedure contained within the Law and Rules of Procedure.

That being said, here are some of the most notable aspects contained within the Law:

Before the Law was passed, foreigners could apply for a Tourist visa which was issued for a total of 183 non-renewable days. This allowed foreigners to briefly exit the country, upon the expiry of their visa, and apply for a new one in order to re-enter the territory. This practice, known as “Border-Hopping” was banned by the Law, as the Tourist visa is now be granted for a maximum period of 183 non-renewable days within a term of 365 days. This means that the holder of a Tourist visa should have to wait a total of 182 days, from the expiry of their visa, to apply for a new one.

Despite this, many reports from foreign nationals seem to indicate that “Border-Hopping” remains alive and well, given the flexibility of some immigration agents at the borders and airports. Regardless, we should advice you that the practice is still inherently risky because nothing prevents immigration agents from enforcing the law. “Border-Hopping”, in any case, should only be used as a last resort.

The Rules of Procedure has established a series of infractions, which can lead to fines depending on the seriousness of the infringement:

Foreigners living in the Schengen Area should note that they are exempt from this visa and can freely ask for this migratory category upon entry. Beneficiaries will be allowed to stay within Peruvian territory for a period of 90 days, within a term of 6 months, and will be allowed to sign contracts without prior approval or permission from MIGRACIONES.

Designed for foreigners expatriated to Peru, to render services to a Peruvian company or natural person, on behalf of their employer. Previously only a temporary visa, granted for 90 days renewable for a term of one year, this visa can now be granted as a resident visa and has doubled its period of stay. The temporary visa is granted for 183 non-renewable days.

The newly created Resident version of this visa, however, limits its scope of application to highly specialized workers, who are commissioned by an international corporation, for the repair or maintenance of technically complex or advanced machinery, systems or mechanisms, as well as the performance of corporate audits and international certifications. The holder of this visa may not receive income from Peruvian sources, meaning they will have to be paid directly by their employer abroad. The visa is issued for a term of 365 renewable days.

Whereas the previous law only allowed the holder to perform as a dependent laborer, the new law allows the holder to labor either as an employee or an independent contractor, whether in the private or the public sector. Consequently, applicants for this visa will require either a work contract, previously submitted to the Labor Ministry, or a contract for the provision of services. Despite this, MIGRACIONES has yet to establish the exact requisites for applying for the Worker Visa as an independent contractor. The term of stay, granted to temporary workers is 183 renewable days; whereas resident workers will be granted 365 renewable days.

It should be noted however that the Rules of Procedure introduces two blunders, in regard to independent contractors applying for this visa. First off, the text requires applicants to have an active Tax Payer ID (RUC), issued by SUNAT. This is a paradox, considering that the applicant must have a Worker visa in order to apply for a Tax Payer ID (RUC).

As a result, MIGRACIONES has decided to interpret that only dependent employees, with a currently approved Worker visa, can apply to a Worker visa as independent contractors; rendering the procedure entirely redundant.

Secondly, the Rules of Procedure erroneously establish that independent contractors cannot carry out activities on their own or for different companies, which is entirely contradictory to the definition of “independent contractor”! We believe that legislators may have hastened the release of the Rules of Procedure, without bothering to check for inconsistencies; in the meantime the text is in clear contradiction with the Law, which supersedes it.

It is unfortunate that the law increased the minimum amount of investment from USD 30,000.00 to PEN 500,000.00 (approximately USD 150,000.00). As if that wasn’t restrictive enough, no transfer of shares will be considered as an investment. Thus, the administration has ensured that this visa will remain out of use, in place of more popular work-arounds involving the Worker Visa.

The Law has established a new category for foreigners interested in pursuing higher education in Peru. This new category now allows the holder not only to enroll in classes at Peruvian universities and institutes, recognized by the government, but also to carry out all forms of internship. The visa can be granted for a temporary stay, for a period of 90 renewable days; or as a resident visa, for a period of 365 renewable days.

It should also be noted that nationals belonging to the Schengen Area are exempt from this visa, and can ask authorities to be granted the category of “Student” upon entry, which shall last for a period of 90 non-renewable days in a term of 365 days.

Finally, it should be noted that, in the event of death, abandonment or separation from the Peruvian resident, the relative shall retain their migratory status.

The Resident visa (not to be mistaken with the category of resident visas) was a specific type of visa granted to foreigners who had legally resided in Peru for 2 years, and it allowed the holder to carry out the activities of his choice. Now it has been renamed as the Permanent visa and the requisite has been increased from 2 to 3 years of legal residence. A swing and miss by the administration, considering foreigners can apply for Peruvian citizenship after 2 years of legal residence. 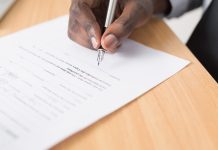 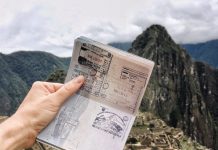 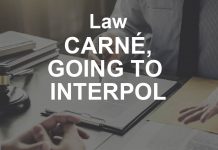