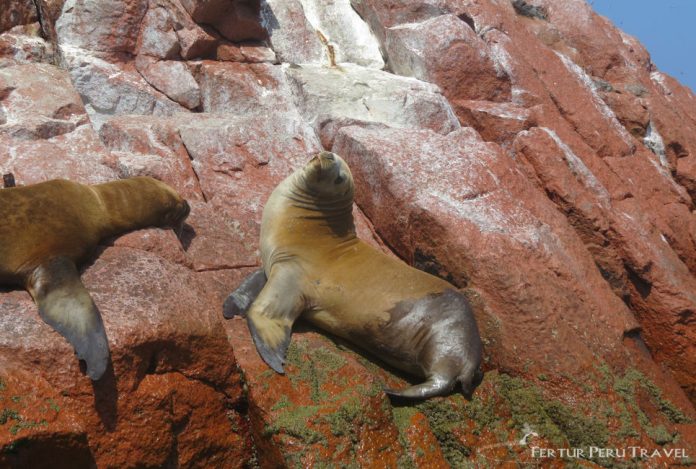 Peru is world renown for a number of iconic destinations: the mystifying mountain citadel of Machu Picchu, the unparalleled biodiversity of the Amazon Rainforest, the seemingly endless depths of the Colca Canyon, and the superlative gastronomic scene in Lima, to name a few.

There is another of the country’s greatest treasures that shouldn’t be overlooked: the desert and marine wildlife sanctuary of Paracas.

According to a 2017 study funded by Oceana, the ocean conservation and advocacy organization, foreign tourists who visit Paracas stay on average only a day. Peruvians, on the other hand, tend to stick around two days or more. They spend the night. What do they know that the foreign visitors don’t?

Until 10 years ago, the Bay of Paracas was pretty much a quiet seaside fishing hamlet, but after a powerful earthquake stuck Peru’s central coast, hoteliers that had long recognized Paracas’ manifest potential seized on the opportunity to rebuild with an eye toward luxury accommodations. The bay now has a lineup of resort hotels. One of our personal favorites is Aranwa Paracas Resort & Spa, which offers all the five-star amenities for a perfect stay, but at a lower room rate than its competitors.

There are several reasons why Paracas is such an excellent place to enjoy Peru’s beautiful coastline. First, there’s the wildlife. In the Paracas National Reserve and the nearby Ballestas Islands, you can see an impressive diversity of birds and marine life, including penguins, whales, dolphins, flamingos, and condors. And what the region offers in fauna, it matches in jaw-dropping landscapes.

There are white beaches and clear waters, of course, but that’s not even the half of it. In a tour of the Ballestas Island, you’ll see towering rock formations that shoot out of the ocean. Chief among those is La Catedral (“The Cathedral”), a particularly stunning formation so called for its resemblance to church spires.

At the Paracas National Reserve, you can see Playa Roja (“Red Beach”), where the azure ocean waves collide with an expanse of carmine sands. Aficionados of history and archaeology, too, are drawn to Paracas, which was once home to a pre-Incan civilization of the same name. The most captivating relic of the ancient society is El Candelabro (“The Candleholder”), a geoglyph whose origin and purpose are shrouded in mystery.

As if that weren’t enough to see in Paracas, there are a handful of unforgettable activities in the vicinity of the lovely resort town. The Nazca Lines — a world-famous series of geoglyphs that have long captured the imagination of archaeologists and alien theorists alike — are nearby. Paracas is also situated close to some of Peru’s finest pisco makers, where you can go and learn how the family-run vineyards have made pisco for the last 300 years (and maybe have a drink or two, of course).

While there is plenty to keep you busy and active in Paracas and the surrounding region, it is ultimately a place for leisure and relaxation, whether you do that by biking around Paracas National Reserve or by lounging on the beach.

With gorgeous beaches, unique wildlife, matchless landscapes, plenty of other nearby activities, and a strong tourist infrastructure, Paracas is a must-visit for any traveler passing through Peru. 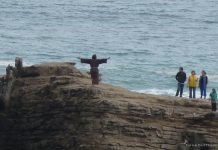