Lima, Peru is the world’s second largest city located in a desert. Despite being in one of the driest spots on earth, the city is full of green spaces, all thanks to irrigation from glacial run-off. Because of this water, the city is able to have many beautiful parks with all sorts of tropical plants, most of which are not native to the area. While the Parque Kennedy in Miraflores and the Parque de la Reserva with its Magic Water Circuit are a couple of the better known parks, there are many other places where you can go to play, bird watch or just stretch out on the grass to relax and enjoy some relatively fresh air.

El Parque de la Muralla – The ancient wall was constructed around the city to protect it from pirates and enemy attacks in the 17th century. Now, this park on the banks of the Rimac River in the historic city center houses a museum with exhibits of archeological pieces found in the area. It’s a nice place for families visiting the downtown area to take a break, with open walkways and places to buy snacks and souvenirs.

Pantanos de Villa – Located in the district of Chorillos, the Pantanos (marshes) is the only protected reserve area inside the city of Lima. It’s an important stop along the migratory corridor, making it a favorite area for birders – nearly 200 bird species are known to frequent the area. The park has a system of trails that feature viewpoints for observing the wildlife. Entry costs S/.5 for adults and S/.1.5 for children.

Parque de la Exposicion – The location currently occupied by this park was at one time the location of the South gate of the city walls. Later, it served as a garrison and hospital during the War of the Pacific, first by the Peruvians, later by the Chileans. Now, it houses the Museo de Arte, restaurants, theaters, a Japanese garden and food vendors. The park has frequent cultural events, including food fairs and art and craft shows.

Parque El Olivar – This huge, old olive garden can be found in San Isidro. It is an official National Monument, features a fish pond and plenty of room for walking or just relaxing in the shade under one of the ancient olive trees. There is a variety of birds living in this park, and there are signs around the sidewalks listing the various species. If you come at dusk, you may even see the bats that fly around at night eating insects.

Parque Reducto #2 – This park is a warm memorial, that pays homage to the soldiers who made a stand here during the War of the Pacific. It houses a small museum and a non-functioning steam train. The train is open to visitors, and is fun for children to climb inside. The street behind the park features a ‘bioferia’ on Saturday mornings – a type of farmers market featuring organic foods and products such as eggs, goats milk cheese, breads and yogurts. 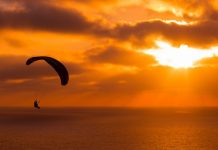 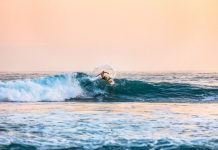 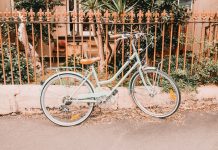 A Guide to Cycling in Lima

Do you need vaccinations to go to Peru?