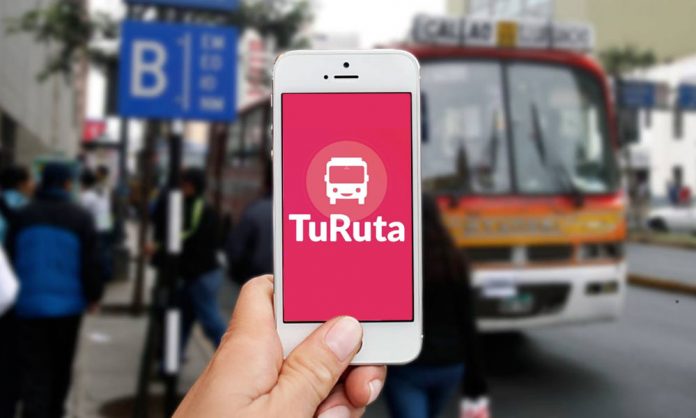 Those who are new to Lima – and even those who aren’t – have probably found the public transportation system in the city to be overwhelming and confusing at times. In fact, the traffic in Lima ranks among the worst in Latin America, and getting around the city during rush hour can be chaotic at best. Luckily, there’s an app to help you out!

TuRuta, previously known as TuMicro, is an app that helps its users navigate the tricky traffic in Lima. The app can identify the best bus to take, its location, and even program an alarm in order to alert you when you’ve made it to your destination. The app will allow you to choose the best route to get you where you need to go, as well as tell you the exact location of the bus and how much time it will take to arrive at the destination.

When using TuRuta, you have the ability to view many route options on a map and compare different combinations of transport to see which will get you to your destination the fastest. The app will also tell you the state of traffic in real-time, and help you locate the nearest bus stop.

The information available through the app, such as traffic conditions and the location of bus stops, is brought to you by current app users and the transport companies themselves when they alter the routes. Currently, TuRuta offers the itinerary and routes of more than 3,000 buses in real time. The information and map of these bus lines is available once you download the app and sign in using a Facebook, Google, or other account. Then, once having downloaded the app, you have two options of personalization to choose from before using this tool to get you from point A to point B. TuRuta allows you to choose your maximum walking distance as well as your preferred travel medium (combi, micro, Metropolitano, corredores, o tren).

Now, this app also helps you take a taxi. It currently has connections with six trustworthy Peruvian taxi companies that work in different parts of the city.

The People of Peru